In mid-February a group of soybean farmers, industry representatives and staff from Michigan headed to Brazil on a soybean study tour to learn about soybean production and infrastructure in the country. Among those visiting Brazil was our own seed division and specialty program manager, Ben Glass. Brazil is the U.S.’s largest competitor when it comes to soybean production – in 2017 the U.S. produced 4.39 billion bushels of soybeans and Brazil harvested 4.15 billion bushels.

The Michigan Soybean Promotion Committee (MSPC) board recognizes the importance of learning from and about our largest competitor, especially considering the turbulent times we are currently in with some of our largest trade partners. This trip offered an abundance of opportunities to learn and ask questions, as well as opportunities to draw comparisons to farms here in the U.S. “The checkoff board appreciates our strong position in world soybean production but we must be aware of how that is changing and how it may affect us,” shared Steve Koeman.

Most of our trip was spent in the Paraná state, which is a primarily agricultural state in southern Brazil. We had several tour guides and hosts that are farmers in Brazil, which provided excellent opportunities for us to ask questions and hear from people who are very familiar with the agriculture industry in the country.

During our trip, we were able to see elevators, co-ops, a government funded research facility, livestock operations and crop farms of various sizes. The Paraná
state has a lot of diversity in terms of farm size, which allowed for a well-rounded experience.

On our first day, we heard from a farmer who farms near Londrina. He owned some farm land, but also rented land from a German landowner. We encountered several farms that were owned by farmers of European descent – some farm the land themselves, while others rent their land to Brazilian farmers. We visited soybean fields near the land owners plantation and experienced roads in rainy conditions, as it rained for the first time in nearly a month during our trip.

We saw some road construction projects taking place and learned more about infrastructure in the country as well. Related to infrastructure in Brazil, Dave Williams shared, “I had heard about Brazil’s infrastructure before our visit and seeing is believing. It appears Brazil’s lack of infrastructure is what prevents them from dominating the world soybean market. Roads are extremely rough, rocky and primarily unpaved, and the vast distances farmers must travel are a handicap. Throughout our trip we saw very little rail transport – there is one narrow gauge railroad that Your Soybean Checkoff carries a small percentage of commodities to the Port of Paranagua, south of Sao Paulo. We also heard about a rail connection being built and financed by China. Make no mistake, if we can’t resolve our trade differences, China has the money and will to  invest in countries to protect their food source – they are very concerned about food security. We were told there was no storage at the port, only four slips for loading ships and trucks scheduled to deliver and directly fill the ships while they are docked – I can’t imagine waiting in line to do that. The lack of railroads in Brazil means virtually everything is trucked. They have thousands of ‘B Train’ trailers rolling over the roads (sometimes crawling during the rainy season when the roads turn to mud) hauling soybeans 1,000 miles or more to the port for export. To the best of my knowledge, there are only two ports exporting soybeans, the one in Paranagua and another newer facility in northeast Brazil – funded by China.”

Early in our trip we also visited Agro100, an elevator in Londrina. “One of the biggest differences we saw is that the soybeans are harvested at higher moisture and then dried with a wood fired dryer. They grow eucalyptus trees for the sole purpose of running their dryers,” shared Alan Moore. The size of commercial elevators in Brazil was similar to American elevators. The use of wood to fuel dryers and lack of rail at these sites are a competitive advantage for us.

At the elevator we saw a truck unloading and were able to see the quality of soybeans being received. “It was interesting to hear that they spray their soybeans with paraquat when the pods are 80 percent yellow, so the beans themselves don’t dry down in the field. They were green compared to the soybeans we harvest here in the U.S. They also run all soybeans through a cleaner,” shared George Zmitko.

Dennis Gardner discussed the harvest process we saw many times during our trip, “Since we were there during harvest, we saw that as soon as the soybeans were harvested the planters followed the combine planting corn for second crop. Because of the environment and seasons they can grow two crops. Generally speaking, soybeans are their primary crop and corn is the crop they grow during the winter. Soybean yields converted to about 60 bushels per acre (they measure yield in metric tons) and the average corn yield was around 100 bushels per acre. There were a few areas that rotated wheat as well. A few areas did corn first, depending on the elevation.”

You can read the complete article here 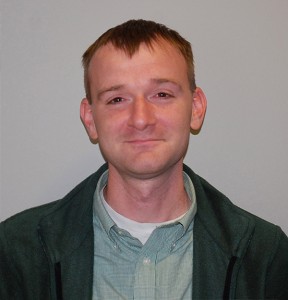